Showing posts from January, 2021
Show all

What is fuse? Types of Fuse | Working principle of Fuse 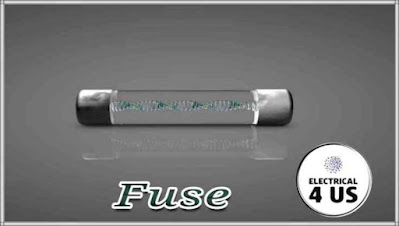 What is a fuse? A fuse is one such device. Which prevents any electrical appliances from the house from getting spoiled. Fuse The fuse is one such electrical device. Which protects the circuit or the electrical currents from any kind of power losses. Such as over current, over load. If we do not use the fuse, a short circuit in the wiring can damage the house. And there can be fire in the house. The fuse was invented by Thomas Alva Edison in the 1890s. There are several types of fuses. And different fuses are used according to different needs. How does the fuse work? The fuse is made of a non-burning material. And inside it is a low resistance iron leaf. Which is when a huge amount of current passes through it. So that leaf melts the same. Due to which the fuse is damaged. And the current does not reach further and the goods do not go bad. As such, the fuse is made of zinc, copper, alluminium, silver and other alloys. The fuse can be easily replaced and re-inserted. The fuse also a
Post a Comment
Read more